According to Wikipedia’s definition, coliving is a residential community living model that accommodates three or more biologically unrelated people. Generally, coliving is a type of intentional community that provides shared housing for people with similar values or intentions. The coliving experience may simply include group discussions in common areas or weekly meals, although will often extend to shared workspace and collective endeavours, such as living more sustainably. An increasing number of people across the world are turning to coliving in order to unlock the same benefits as other communal living models or cohousing, including ‘comfort, affordability, and a greater sense of social belonging.’ Coliving as a modern concept traces its origins to shared living models of the 19th and 20th centuries such as tenements in the UK, boarding houses in the US, and chawls in western India, yet ancient forms of communal living such as the longhouse date back thousands of years. Its contemporary form has gained prominence in recent years due to a combination of factors including increased urbanisation rates, a lack of affordable housing options, and a growing interest in lifestyles not dependent upon long-term contracts.

The truth is that when we talk about coliving, we are talking about two very different things which solve different problems, target different audiences and compete in different sectors. On the one hand, there is coliving aimed at digital nomads, and on the other hand, we have residential coliving, which has recently enjoyed the greatest media coverage and has aroused the greatest interest among investors.

In a coliving for digital nomads, explains Jon Hormaetxe, General Manager at Sun and Co. Coliving, guest stays are on average 3 to 4 weeks long. We can find them almost anywhere in the world: from paradisiacal areas in holiday destinations such as Canggu or Ubud, in the north of Serbia (almost three hours from Belgrade Airport and a stone's throw from the Romanian border) or in central London, Barcelona, Buenos Aires, Hong Kong, or Cape Town. It competes in the tourism sector and its potential users will compare it with the hotel or Airbnb offering in that area when deciding what is best for them. Sun and Co., a coliving community in Xàbia, Spain

Residential coliving, however, is mainly oriented to young professionals, but there is enough diversity that we can find spaces whose demographic ranges from slow-mads to families or other audiences. It competes in the residential sector - the stays are on average 9-10 months, and is usually based in conventional flats. A few developers have created new buildings to create the perfect coliving spaces. This type of coliving is usually found in locations where there is a lot of residential demand, generally big cities.

The value proposal between both models varies, but they have points in common. Both models are intended to be a cure for loneliness and can provide friends from the first minute. Sharing experiences during a short stay or as a way to integrate faster in a city.

In the case of residential coliving, other advantages are that it reduces the complexity exponentially for those people who are settling in a city. Having only one supplier, one bill and one stakeholder simplifies things - it may not seem so to you, but arriving in a new country and settling in includes learning new rules, customs and bureaucratic systems over and over in a language unfamiliar to you. Did you know for example that in Germany, it is not uncommon that a newly-rented apartment doesn't have the kitchen installed? For someone from Spain, for example, this is out of the ordinary.

This is the theory, but if we look a little deeper into the coliving industry we can find some interesting thoughts, such as those shown in Coliving Insights' first publication (published in March 2020) which analyses the current models of the companies in the sector that the publication considers most relevant. The document is worth reading in its entirety, but I would like to highlight some of the key points discussed.

At a business model level, coliving is based on creating a more dense residential use of space, combining shared amenities in a curated environment. The configurations of private spaces and amenities are greatly varied but so far, 'operational layers tend to be limited and driven as cost centres with the majority not generating much non-rental income.' They all add 'Convenience and easy access to real estate is in varying degrees delivered by all operators.' 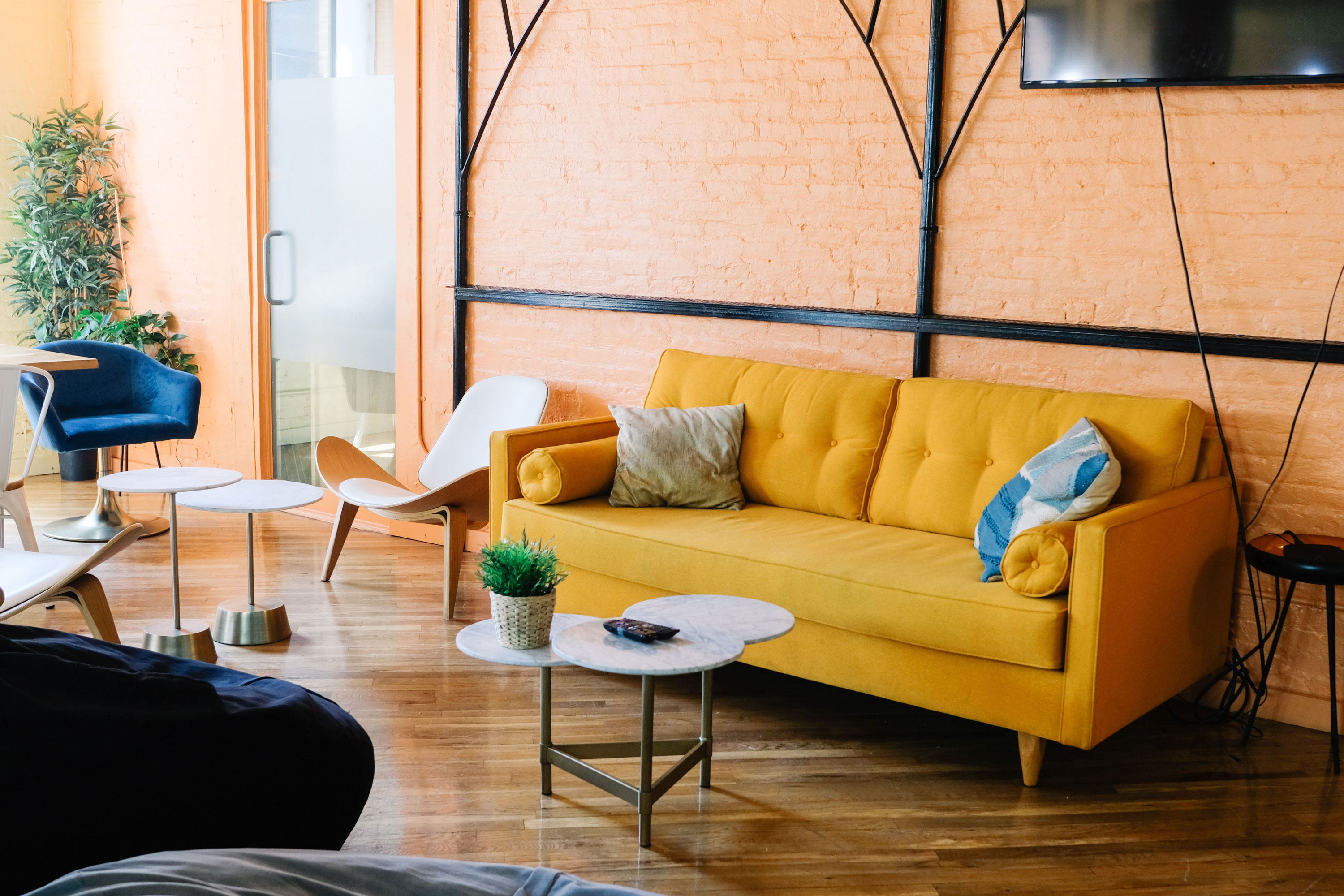 As for the target audience and value proposition, there remains room for improvement. 'The other common thread is a focus on a young and mobile target demographic, although some are seeking to expand their offerings. The value proposition to consumers does not seem to have a direct relationship to pricing. Clearly, some operators are more adept at understanding and addressing their audience.'

But when it comes to communities in coliving spaces, according to Coliving Insights, it seems that there is still work to be done: 'There certainly is one thing they all share - the promise of Convenience and Community. Interpretations as to what that means, and how strong the commitment to that promise is, fluctuate widely, however.' They go on to say, 'Community and experience are a state of mind and not easy to measure. Yet they drive engagement and value in very tangible ways. Successful examples tend to combine human focused culture with thoughtful design, top-down driven content and grassroots activation. Across the group this element appears elusive and the most difficult to achieve in meaningful ways.' 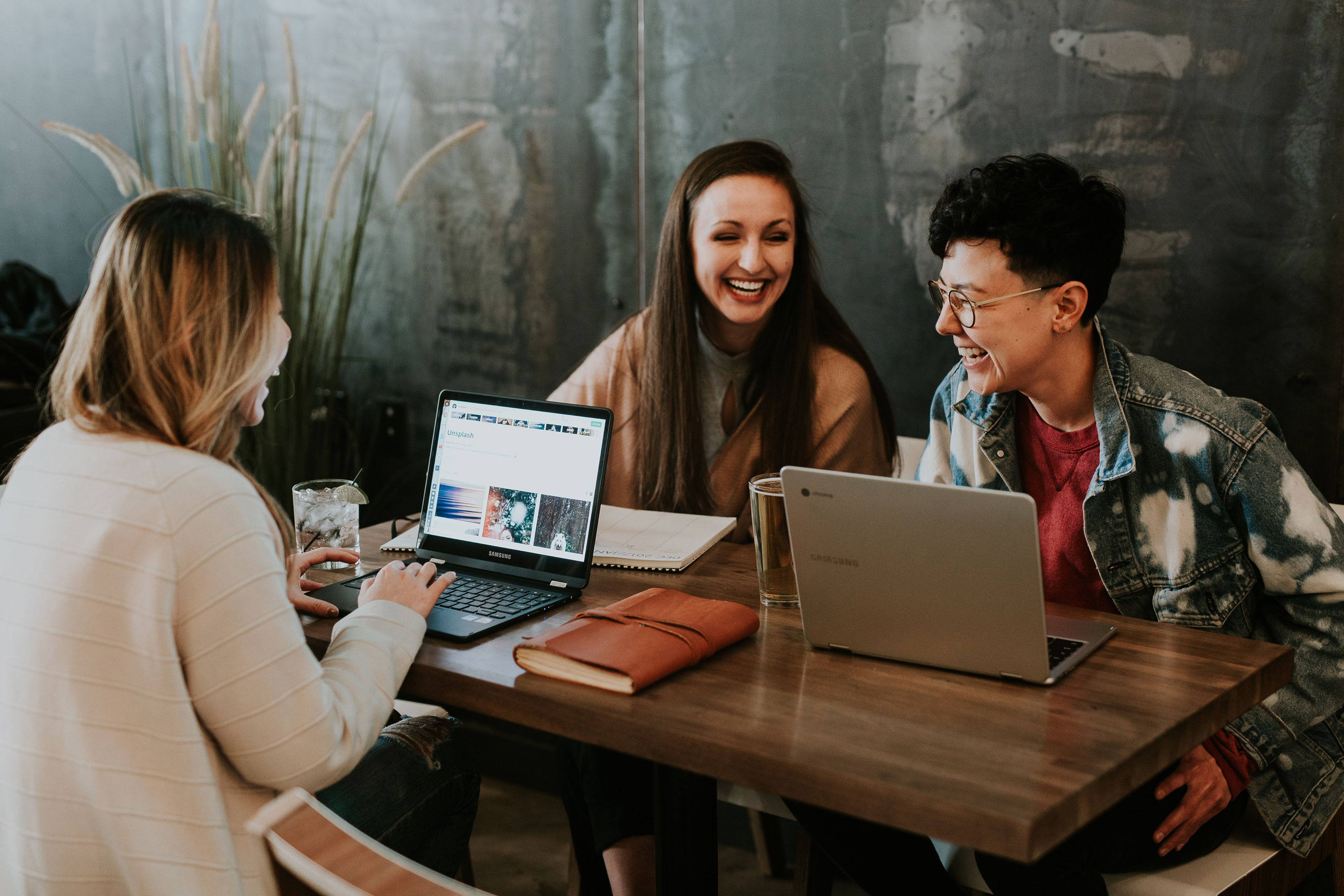 Jon Hormaetxe highlights the model of the French operator, Colonies, which creates sub-units of 15 people to share common spaces within its buildings. These micro-clusters, created according to the affinities detected in the video interview before entry, facilitate interaction and generate smaller communities that most people find more comfortable. They also bring members closer, both physically and on a shared interests level, and ensure similar expectations of interaction.

Is coliving a lucrative business? From my point of view, considering the information available, that which seems obvious, and is reinforced by the manifest interest of investors, is that the highest profitability is on the side of residential coliving. Is coliving profitable? Without a doubt. In fact, there are destinations where we have seen how some coworking spaces have pivoted towards coliving and how hotels have adopted a model similar to coliving. 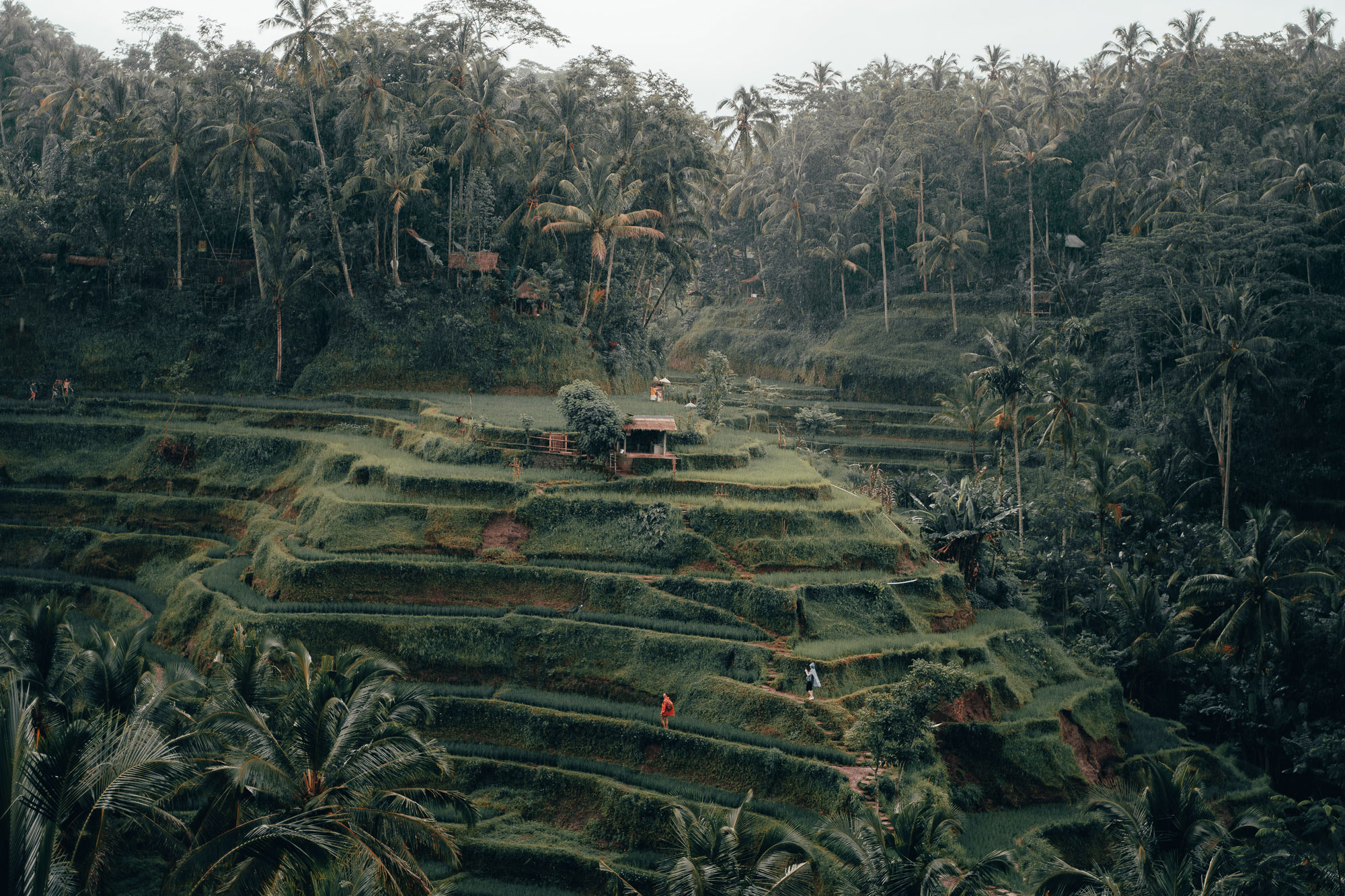 In locations such as Bali, there are coworking operators who, over the years, have built up a great reputation, such as Hubud (closed by COVID-19) who were responding to emails from prospective members seeking to visit the space and asking for advice on where to stay. If these coworking spaces, instead of getting a commission for referring clients to a hotel or hostel, had developed their own coliving space, their income may have increased, as they would have monetised two services - coworking and coliving, while synergies between the two would have allowed for a reduction in operational costs.

As opposed to operating two separate services, front desk staff of the coliving space can, for example, take care of the coworking operations at night, allowing for a 24/7 coworking service without the additional operational cost. As an example, Dojo Bali (owner of Hubud for about two years)  has already developed a coliving space in Canggu. 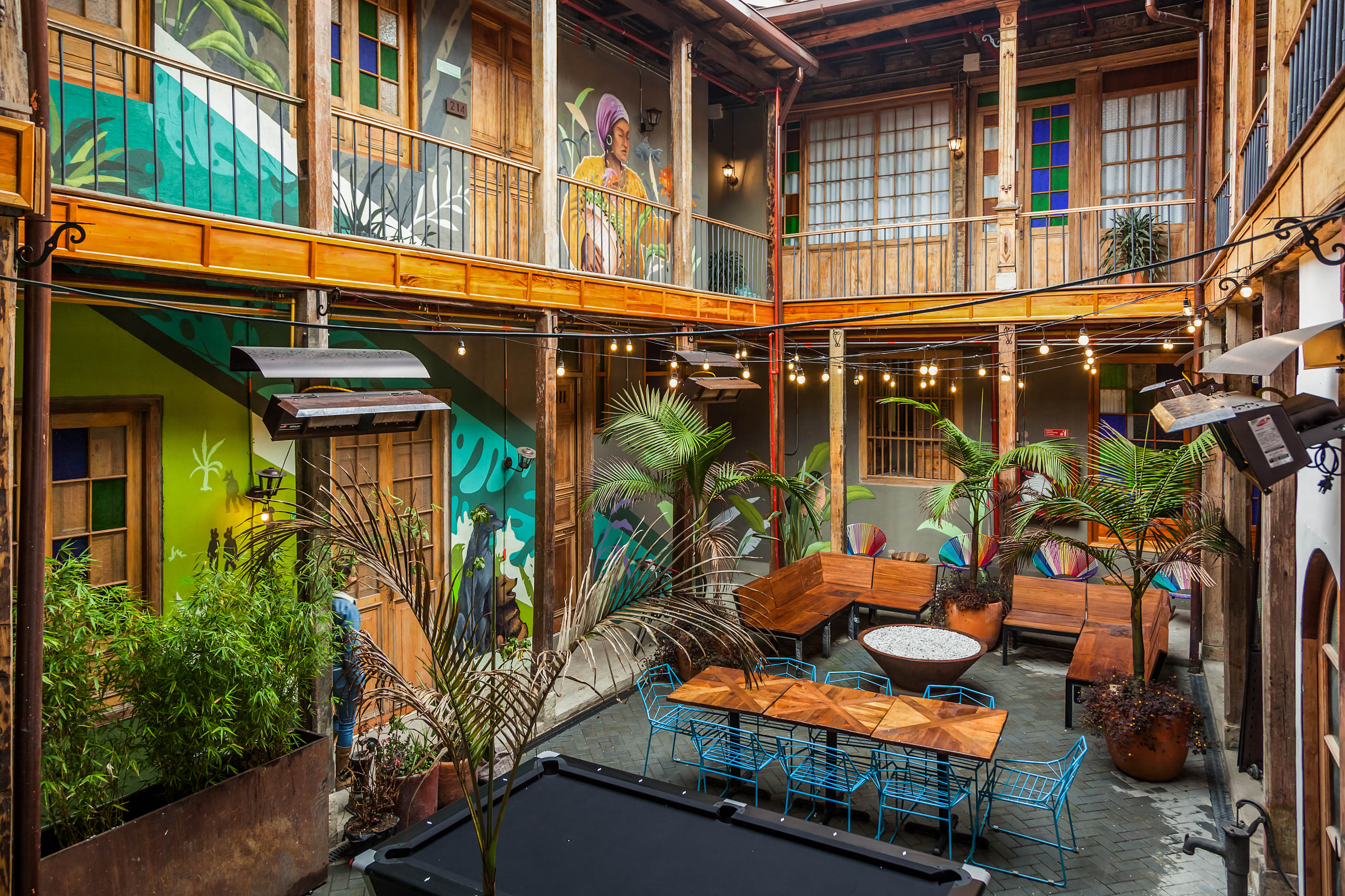 At the opposite end of the spectrum, Selina, the hotel chain that used the tagline Hotels for Millennials, the same chain that just over two years ago made no reference to coworking, now not only includes coworking spaces to different extents in its locations but has created coworking spaces close to some of its locations. The reality is that at first, I was very surprised that a chain with Selina's target demographic did not include coworking spaces as another asset in its proposal. The movement to start incorporating coworking makes perfect sense - the more time your client spends in your facilities, the better. Let's go over what happened before: a digital nomad who, contrary to what you see on Instagram, doesn't spend all day between piña coladas and sunsets, but has to work (unfortunately!) and in many cases, has developed the mentality of "working less but much more efficiently." Let's be honest, you can't consistently work from a café (or it's very difficult for most people) no matter how fancy your noise-cancelling headphones are. The conclusion is easy - if your hotel does not include coworking facilities, customers get up, go to work in an external coworking space and don't come back to the hotel until the evening. All the extras (food and beverages, experiences, events etc.) will be taken care of by coworking operators, and that leaves the hotel in a complicated position, as their chances of getting extra income are practically zero with this type of user. Selina's pivoting towards coworking is the same as Dojo's but in the opposite direction and maybe this is the solution for those coliving operators who, for the most part, according to the Coliving Insights report, have difficulty in billing for extras.

As far as the impact of COVID-19 is concerned, the second issue of the Coliving Insights report confirms our common sense and what we are told every day from the media: the tourism sector is one of the most impacted by the pandemic: 'So far there have been winners and losers amongst operating coliving spaces. Coliving developments which cater for short-term digital nomads have been hit hard due to travel bans. Some have temporarily closed, while others have adapted their business model so that residents stay for longer (digital ‘slowmads’ rather than digital nomads)'. As far as residential coliving is concerned, they say: 'The news for longer term coliving appears to be good, though is not without ambiguity. We are hearing that occupancy rates are still high, though with some delays to move-ins due to travel restrictions. There’s no ‘mass exodus’ and residents have never been more together, according to Reza Merchant, founder and CEO of The Collective. Indeed, it has been noted by many that having a live-in community is appealing during this time of lockdown.' 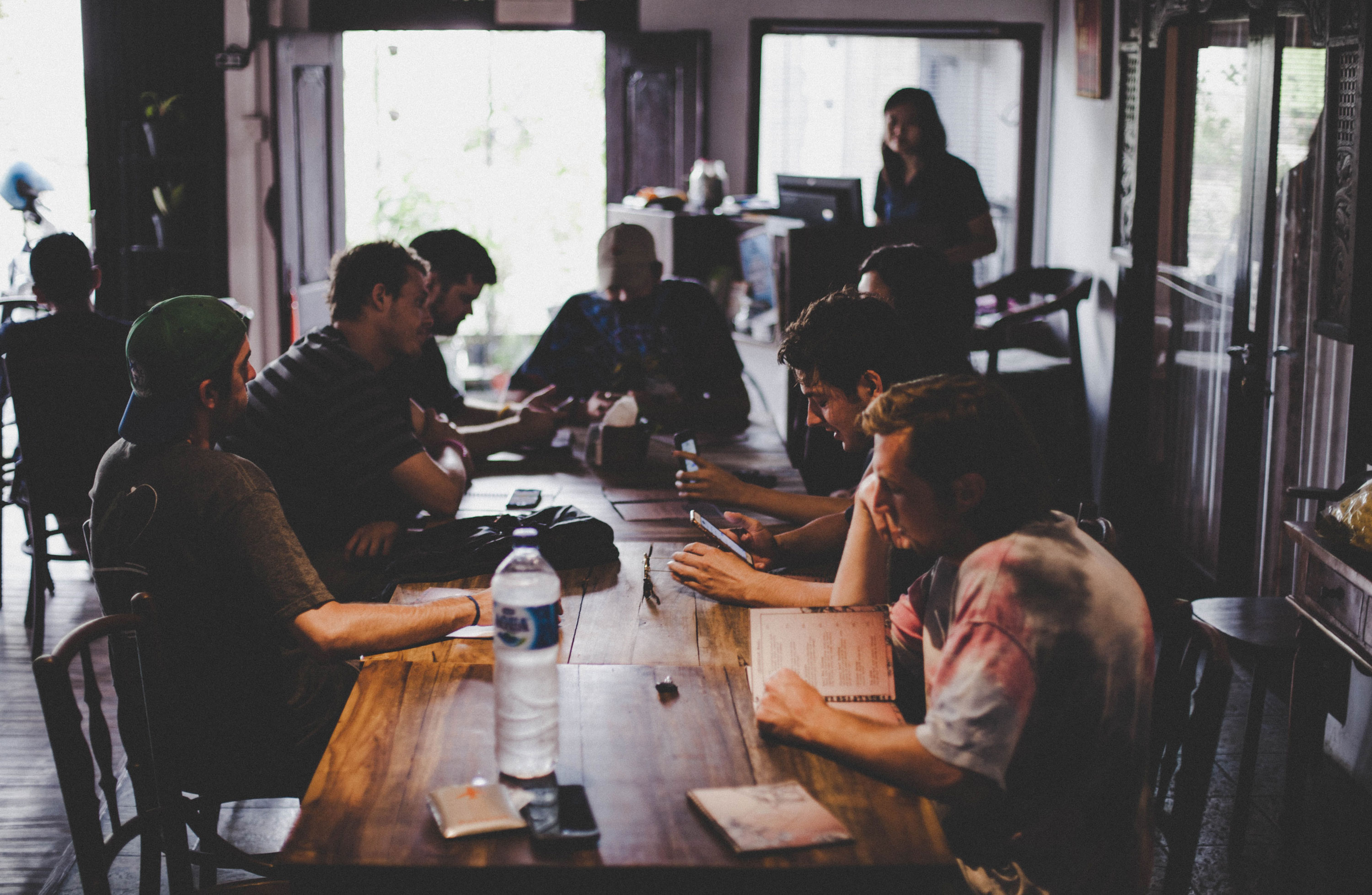 The truth is that coliving is an exciting industry that is still developing and evolving but, in my opinion, it should be watched closely because it uses a necessity - housing. Therefore, if it is done in an irresponsible way, the increase in prices in certain areas or cities will leave many people out of the market. If it is done responsibly, regulated, it can be a much more efficient way of sharing space, with safety, quality and guarantees. It is up to the municipalities and other authorities to ensure that the outcome of this dilemma is not solved by tossing a coin. 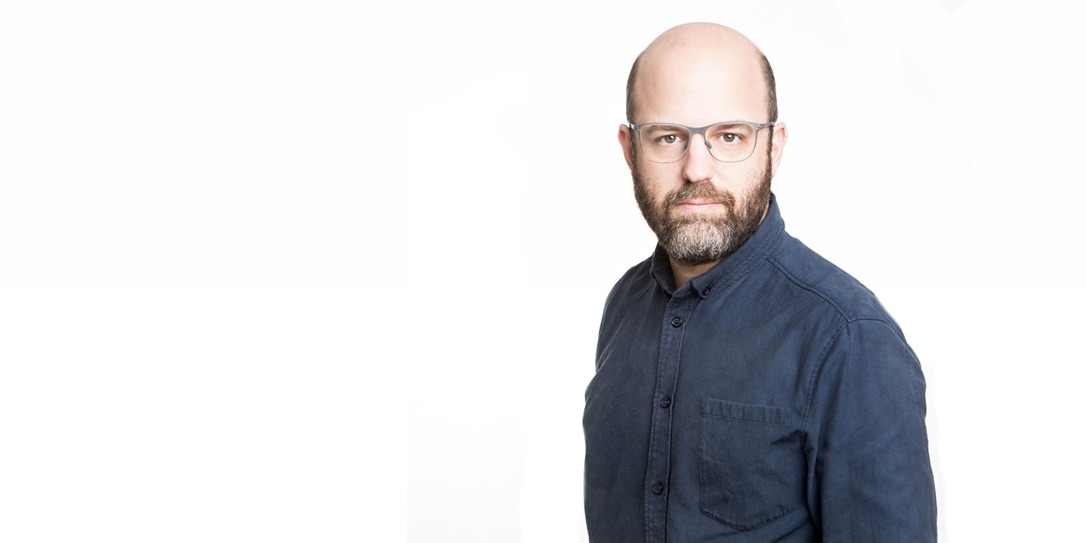 Marc Navarro is a coworking and organisation consultant who helps companies to create more productive work environments that improve people's lives and performance on a professional level.

Marc is Content Director of the CWSC in Spain, Chief Curator of Coworking Academy at Coworking Unconference Asia and an Advisor at the Latam Coworking Summit. He created Sinèrgics, the first coworking space with a social return, is former Director of the first Utopicus coworking space in Barcelona and has been responsible for CREC Coworking's strategy. A speaker, content curator and writer, Marc is often flying from city to city for various coworking projects, conferences and events.